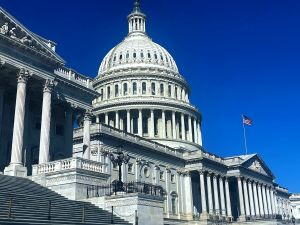 In their meetings with the staff for House Republican Conference Chair Elise Stefanik (R-NY-21), as well as her colleague on Education and Labor Committee, Michelle Steel (R-CA-48), Pete and Ryan were able to voice their thoughts on upcoming legislation as well as the recently released new US Department of Labor Rule on Independent Contractor Misclassification.

SCI has long felt that the road to change in Congress is a long one, and we’re committed to fighting for that change by working with influential leaders who can make positive change happen.  Our industry is unique, and SCI was able to explain the nuances that separate the Last Mile industry from both Trucking and newer Gig models.  Now that SCI has a seat at the table, we look forward to working with various policy directors to craft future common-sense legislation for independent contractors.

SCI will be back on Capitol Hill again in 2023 and would like to invite others to join us.  If interested, please reach out to SCI’s Director of Government Affairs, Todd Oliver, at [email protected]

29 Mar 2022
New York State’s Unemployment Insurance Funds were Devastates by the Pandemic, but don’t Expect the State’s Budget Windfall to Pay the Cost

A Record-Breaking Drought & What You Need to Know   “The river is a blessing and a curse. Every year…

01 Sep 2022
Independent Contractors Vs. Employee Classification in the Logistics Industry