The FTC issued a notice of proposed rulemaking that will affect the employment relationships of approximately 30 million workers.

The FTC is seeking to ban non-compete clauses, defined as a contractual term preventing a worker from seeking or accepting employment with a person, or operating a business. The proposed rule defines worker broadly, encompassing employees and independent contractors.

The rule will also require employers to rescind existing non-compete clauses within six months of its finalization. Employers will have to notify current and former workers with non-competes that the clause is no longer in effect.

The rule will not prevent employers from enforcing reasonably restrictive trade secret agreements, non-solicitation agreements, and non-disclosure agreements to protect their investments. However, it does not adequately define these agreements.

The FTC has opened a sixty-day comment period on the proposed rule; SCI encourages you to let your voice be heard. To leave a comment, visit regulations.gov.

Legislative efforts to extend rules to reclassify independent contractors will have serious consequences for those in the Gig Economy. The…

Lockdowns during the pandemic followed by increases in consumer demand resulted in shipping turmoil and skyrocketing prices. Shipping prices and… 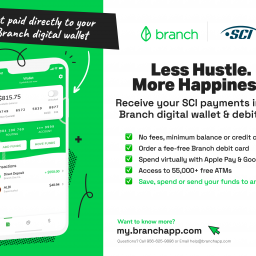